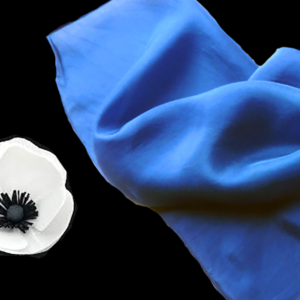 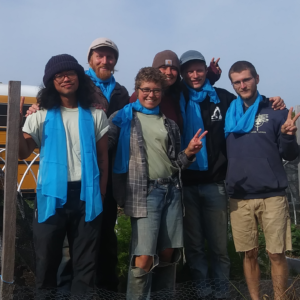 We all live under the same blue sky. Our sky blue scarves indicate our desire to live together in peace.

The “Border-free Blue Scarves” project was founded by grassroots activists in Afghanistan. According to the them, the blue scarf “represents our collective wish as a human family to live without wars, to share our resources, and to take care of our earth under the same blue sky.” Following the lead of these Afghans, World BEYOND War encourages everyone to wear sky blue scarves as symbols of peace and support for ending all wars. 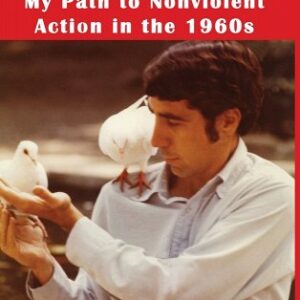 I Refuse to Kill: My Path to Nonviolent Action in the 1960s by Francesco Da Vinci

At the risk of a 5-year prison term, Francesco Da Vinci struggles with his Virginia draft board to be recognized as a sincere conscientious objector to the Vietnam war.

While his CO case is on appeal, Da Vinci forms a peace group in San Diego called Nonviolent Action. The peace group becomes a national movement, and its campaign to help end the war reaches the halls of Congress with the help of Senator George McGovern.

For his stand as a CO and activist, Francesco becomes a target for hateful intolerance that spills over to his family and fiancée.

A special feature of Francesco’s memoir is the photography that supplements the text. The captivating images taken by the author document civil rights & peace marches and include portraits of individuals iconic to the 1960s.

The issues raised in I Refuse to Kill are today’s top issues-social justice, police brutality, government surveillance, persecution of nonviolent activists, and war versus the nonviolent resolution of conflict.

The contributions of conscientious objectors and ’60s activists have been largely omitted from our history or flagrantly distorted for political reasons. I Refuse to Kill sets the record straight.